A man’s joy, a man’s pain or grasping at life fist over cocktail in hand . . . 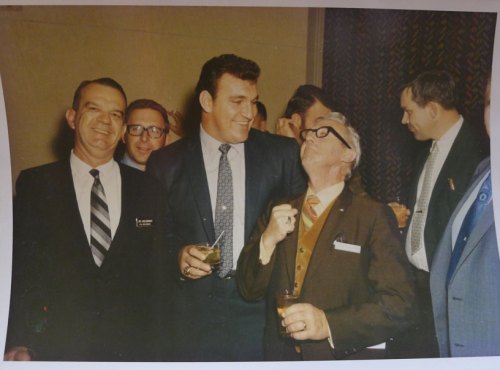 I learned how to be funny from my Grandpa. He was a ham. I don’t think there is a better word to describe him because I remember his house in the woods often smelling like ham. He fought his way through many disappointments in life, one of those people whose smile got bigger the more you knocked him down. I get my sadness from him too. I realize now how much that man felt.

An old friend came to visit me even though I didn’t let anyone in the door . . .

There’s pain in there somewhere, I realize, pain I thought I’d conquered. It poured out of me this past weekend and I started to wonder if  it was real. Had I been guessing when I told myself I was ok? On Christmas Day I was watching 8mm home movies  of people, of family, of strangers, of strange family, of Christmas, some of them I used to know, some I never met, one who disappeared from the world on that very day. They were so happy or pretending to be happy or sad, I couldn’t tell. I forgot what year it was on the street in front of my house and had no concept of time inside my house.  I was lost and overwhelmed and had to press stop. I went outside to feel the present. I found myself on a path cutting through the park that ended in the middle of the road where I was dodging cars and further still, along train tracks then sitting beneath the Summit Avenue bridge watching my dog bark at birds as the world darkened and while sitting there I went further into the woods, where I saw something I thought I’d lost or forgot or made up.  I saw a flash in the distance and even though I couldn’t see it clearly it was enough of a glimpse for me to know I’m not the great conqueror I thought I was . . .

I had to run but all of these people stepped in my path with indiscriminate looks on their faces, faces with no real connection to my current situation but rather just happening to move that foot, inch, or five feet in my direct line so that I was running through them and they were only concerned about tea, or how to get to the Nevesky bridge or what was said about them under someone’s breath, and every large person in the district gathered in one spot and pushed their pianos to that spot with them, and I scaled them swiftly as if I had the ability of the tiger that I saw within my dead Uncle, and next a thicket of thorny bushes that attached to my jacket only to get to a brick wall that I somehow managed to pass through, orange and black stripes flashing through my skin only to encounter every one in the Nevesky Prospect eating dinner in a straight line that adjusted to my path so that I stepped in people’s soup and on their meat and they acted as though they would be disappointed if I didn’t when finally I reached this point of isolation, these woods surrounded by birds . . .

The First Time I Realized Yellow Could be Described as Gold

I’ve been battling forever: with myself, with others, with memories, with life, with death. Fighting in a quiet way, mostly with my eyes and my thoughts. I’ve run from you, I’ve hurt you, I’ve tried to dismiss you, but, ultimately, I just ignored my wrongs, my rights, my gifts, my pain, my struggles with reality and then I think of a day like this one, when I was happy and oblivious. When I realized, for the first time, the world sometimes looked like my dreams and my heart pounded because of how golden yellow could be, how beautiful dying things were, how the landscape rose and fell, and gracefully gave into forever.